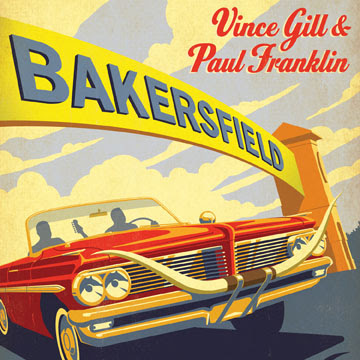 Vince Gill has been making records since he was a teenager. Paul Franklin plays pedal-steel guitar like few others have. The two country legends have a new album together titled Bakersfield

It's a tribute to a particular kind of country music that came out of Bakersfield, California, and was created and championed by a couple of guys from that town named Buck Owens and Merle Haggard. Gill says the Bakersfield sound grew out of musicians moving west in the hope of scratching out a living.

with NPR's Don Gonyea. Click HERE to hear their conversation.

Sample the album HERE
Posted by CDMartini at 8:51 AM