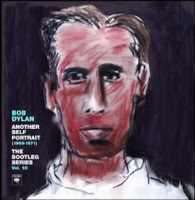 Bob Dylan will release the Volume 10 of his bootleg series, Another Self Portrait

On Monday (August 26, 2013), a twelve minute documentary (above) was put out on the album including interviews with David Bromberg, Al Kooper and producer Bob Johnston. MORE HERE & HERE