The Beatles At The Beeb 2 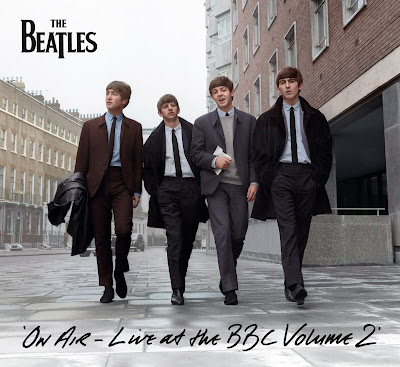 Sleuthing by Beatles fans appears to have uncovered a new release from the Fab Four.

They discovered MCA Music in the Philippines – part of Universal Music, which now owns the Beatles' catalog – was promising on its Facebook page (since removed) a new anthology collecting previously unreleased recordings from their mid-60s appearances on BBC radio.

The amateur detectives are from Beatles fan-site WogBlog, who discovered both the month of release (November 2013) and the album art (above) for the new release entitled On Air - Live at the BBC Volume 2.

Neither Universal's UK or US wings nor the Beatles' official website have confirmed the news. MORE HERE
Posted by CDMartini at 10:48 AM