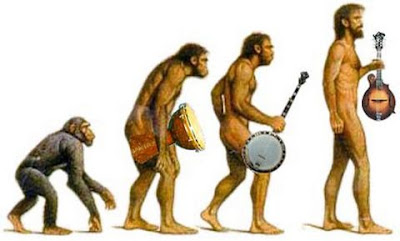 Why did humans invent music?

Academic minds are always trying to come up with a theory. Charles Darwin believed music was created as a sexual come-on.

Other theorists believe music was an attempt at social glue, a way to bring early humans together into a close-knit community.

In a series of seven studies, two scientific researchers looked at the "emotional reactions" to music of 879 individuals from U.S. universities and from abroad. They also asked the respondents how much they identify with an in-group. The subjects who said they were most affected by the music they heard had a "higher need to belong." MORE HERE
Posted by CDMartini at 11:12 AM