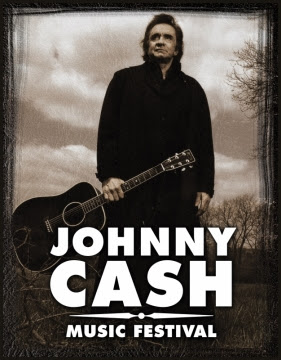 The 'Man In Black' touched many different artists and genres throughout his career – and beyond.

Saturday night's 3rd Annual Johnny Cash Music Festival in Jonesboro, Arkansas showcased the influence that he had on country music. The concert, held at Arkansas State University, featured two members of the Country Music Hall of Fame -- and one that should be -- with each giving their time and talent to pay tribute to the iconic figure.

Host Tommy Cash took to the stage first, performing his older brother's classic "Ring Of Fire." He then introduced sister Joanne Cash Yates, who gave an emotional rendering of "I Still Miss Someone." The siblings teamed up for the Johnny & June (Carter) hit "Jackson" before Cash introduced Larry Gatlin & The Gatlin Brothers. MORE HERE, HERE & HERE.