The Impossible Truth of William Tyler 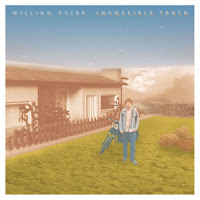 William Tyler is a young guitarist who has come from the world of rock to the old sound of finger-picked acoustic guitar that's been dubbed "American Primitive."

In doing so, Tyler has managed to come up with his own sound blending the two. He's in the midst of a tour supporting his second record, Impossible Truth