The Counterintuitiveness of Robin Thicke 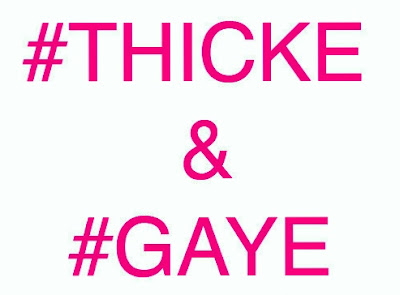 "Blurred Lines," this year's song of the summer, sounds a lot like Marvin Gaye's "Got to Give It Up," one of the songs of the summer of 1977.

Members of Marvin Gaye's family have reportedly been asking for a cash settlement and threatening to sue. MORE HERE, HERE & HERE
Posted by CDMartini at 8:09 AM

Email ThisBlogThis!Share to TwitterShare to FacebookShare to Pinterest
Labels: blurred lines, got to give it up, marvin gaye, robin thicke