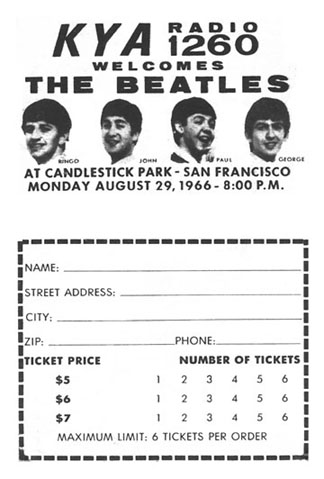 Sir Paul McCartney has tossed up the possibility of headlining one last concert at Candlestick Park - where the Beatles played their final gig for a paying crowd in 1966 - before the stadium's date with the wrecking ball.

No one was more stunned than Mayor Ed Lee when McCartney floated the idea as he was about to take the stage at his recent Outside Lands festival appearance.

"Well, if you are going to tear down the stadium next year, we should think about us doing the last concert there," McCartney said.

McCartney did this once before - at Shea Stadium, just before it was demolished in 2009.