Clash Together On BBC Radio 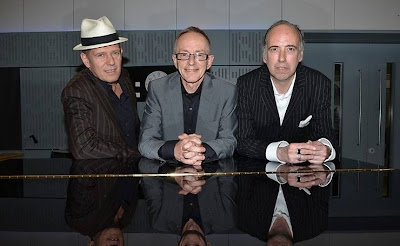 Speaking on her BBC Radio 6 Music radio show, Cerys Matthews revealed that she will be bringing together bassist Paul Simonon (above left), drummer Topper Headon (above center) and guitarist and vocalist Mick Jones (above right) for an intimate show at the BBC’s Maida Vale studios on September 6, 2013.

The show will be pre-recorded on Friday September 6th and broadcast soon after on 6 Music. The public can apply for tickets to attend the show from now until midday on Sunday August 25, 2013 via the BBC 6 Music website. MORE HERE
Posted by CDMartini at 8:32 AM