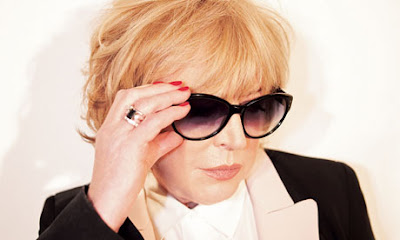 Marianne Faithfull has been forced to cancel several concerts after an accident in which she broke a bone in her back.

The 66-year-old singer spent four weeks in hospital after fracturing her sacrum while on holiday. The accident happened in July (2013) but only came to light after she announced she could no longer perform. MORE HERE
Posted by CDMartini at 8:10 AM