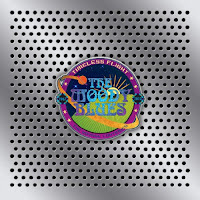 Universal Music Enterprises has announced that The Moody Blues’ new definitive, career-spanning collection, TIMELESS FLIGHT, will be released June 25, 2013 in both 17-disc and four-CD configurations.

In conjunction with the new collections, the band kicks off a major US tour starting on September 26, 2013 in Louisville, Kentucky. MORE HERE

Tour info HERE
Posted by CDMartini at 7:40 AM