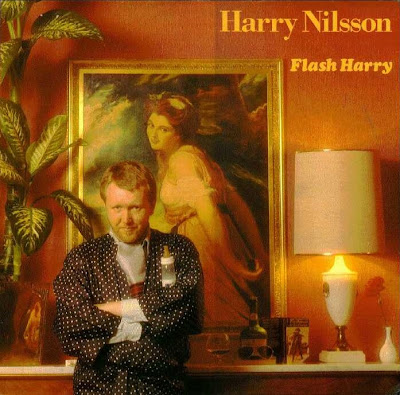 Harry Nilsson’s sixteenth and final album, Flash Harry, was never released in the United States, only seeing the light of day in the U.K. and Japan in 1980. Even in the countries where it was released, the album was not promoted by Mercury Records and no single was released, so its sales were anemic at best.

Later that year, John Lennon was killed, an event that strongly affected Nilsson and he went into retirement, even though he occasionally came out to record for movie soundtracks and did lay down tracks for a final, still unreleased album shortly before his death in early 1994.

Flash Harry is finally going to receive a proper U.S. release on August 13, 2013 via Varese Sarabande with both the original album and four bonus tracks from the era. Joining Harry on the album were a lengthy list of guest musicians including Ringo Starr, Klaus Voorman, Dr. John, Donald “Duck” Dunn, and Lowell George.

The CD version will include a booklet. A limited edition vinyl version will not include the bonus cuts. MORE HERE
Posted by CDMartini at 6:28 AM