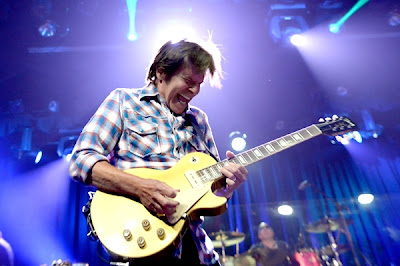 He spent nearly two hours onstage at the intimate venue, amid chandeliers and elegant red walls hung with blow-ups of Fogerty from his early days in Creedence Clearwater Revival. Wearing blue-and-white flannel and blue jeans, Fogerty unfurled CCR and solo hits one after another. MORE HERE

John has decided that his upcoming tour will feature one of two Creedence albums at each of the stops. Depending on the date, Fogerty will be playing either Bayou Country or Cosmo's Factory in their entirety. MORE HERE

Culled from Fogerty's new album Wrote a Song for Everyone, the video finds Taylor Goldsmith and his brother, drummer Griffin, harmonizing against a sunny Los Angeles backdrop. Watch it HERE