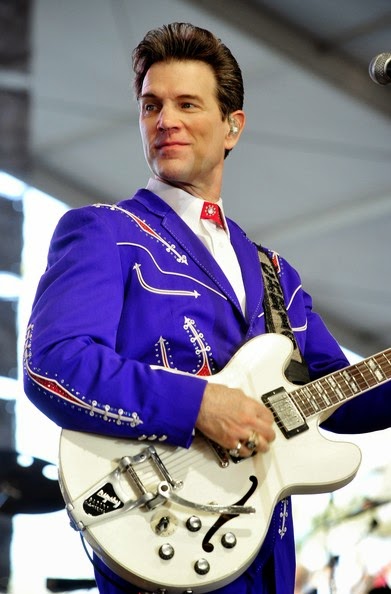 Chris Isaak, making his Stagecoach debut, had a full tent that became even larger after Steve Martin and the Steep Canyon Rangers wrapped up their set.

Dressed in a blue sparkling suit, Isaak said that being at Stagecoach in the desert playing in a tent where there were bales of hay for benches made him feel like he was back at home in Stockton California at a 4-H meeting.

Those kind of one-liners permeated his set, and the third song in, he took a trip into the crowd to sing to the people. He brought up crowd members to dance and when he covered "Great Balls of Fire," he actually set the piano on fire.

source
Posted by CDMartini at 10:48 AM