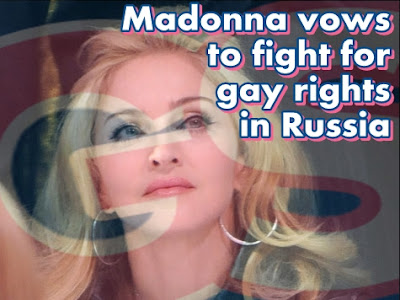 After Madonna challenged St. Petersburg's gay pride ban at a concert there earlier this month, a group of activists has announced they will file a $10.5 million lawsuit against the pop star for "moral damage," reports RIA Novosti, a Russian news agency. Members of the Union of Russian Citizens, the civil group People's Assembly and the New Great Russia party are submitting the lawsuit August 17, 2012.

A lawyer representing the group said the "psychological stress and emotional shock" was felt beyond the show's attendees, claiming many other people were affected by footage of the show and reports on the Internet. MORE HERE

Posted by CDMartini at 9:09 AM