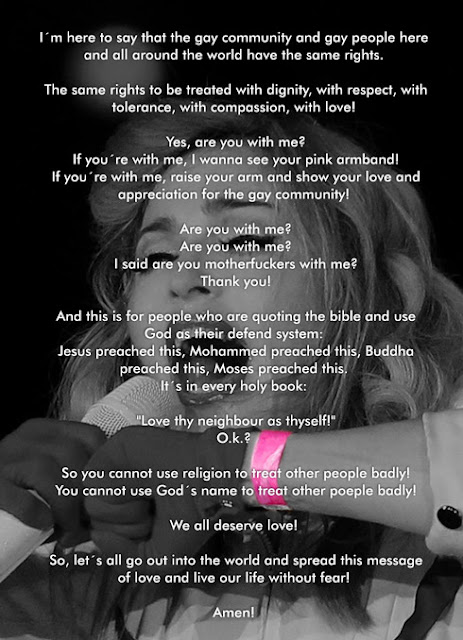 The latest stop on Madonna's MDNA tour - St. Petersburg, Russia, where, at a concert on August 9, 2012 she voiced her support for the local gay community. She had promised to speak out about a controversial regulation that bans the “propagation of homosexuality" and kept her promise much to the chagrin of Russian authorities.

The U.S. embassy had released a warning to Americans attending the show due to threats of violence decreed by some Russians because of Madonna's support of the punk rock band Pussy Riot being held in jail since February 2012 on trumped charges. MORE HERE 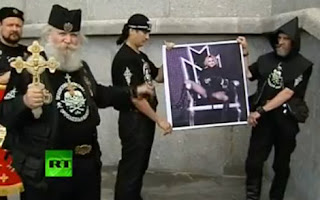