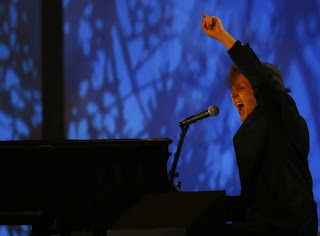 The U.K.’s rock and pop big guns featured heavily in an edgy and quintessentially British 2012 Olympics opening ceremony, as the London Games began with a bang.