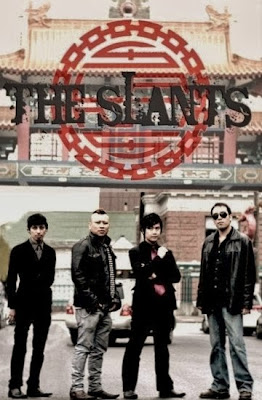 A six-member, Portland, Oregon band composed entirely of Asian-Americans has been fighting the U.S. Patent and Trademark Office for over four years in an effort to trademark the band’s name — “The Slants.”

When the band first applied for the trademark in 2009, the PTO refused on the grounds that the name was offensive to Asians, citing two crowd-sourced reference sites — Wikipedia and the ever-colorful Urban Dictionary — in the denial.

The Slants have been trying to trademark their name for nearly long as they've been around. You could argue that the fight has brought them as much attention — if not more — than their songs. MORE HERE & HERE

The band has started a petition to stop the United States Patent and Trademark Office from Denying Rights Based on Race. It's HERE